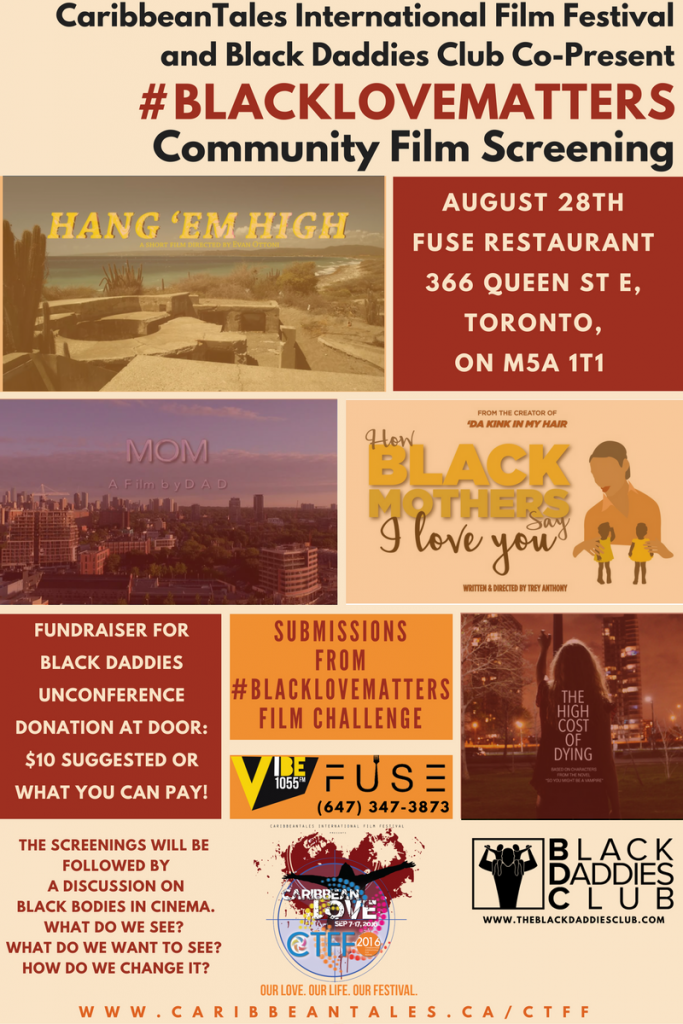 Black Daddies Club gears up for an exciting end of summer and fall 2016 with a series of events and initiatives that we hope to engage the Black community in the Greater Toronto Area. Our next event is#BlackLoveMatters Film screening which is a co-presented event brought to you by Caribbean Tales International Film Festival and Black Daddies Club.

What: Community Film Screening and FUNDRAISER for the Black Daddies Unconference

Followed by a DISCUSSION on Black bodies in cinema, this discussion will be moderated by Alain P. Arthur from Caribbean Vibrations TV.

Questions we will be discussing